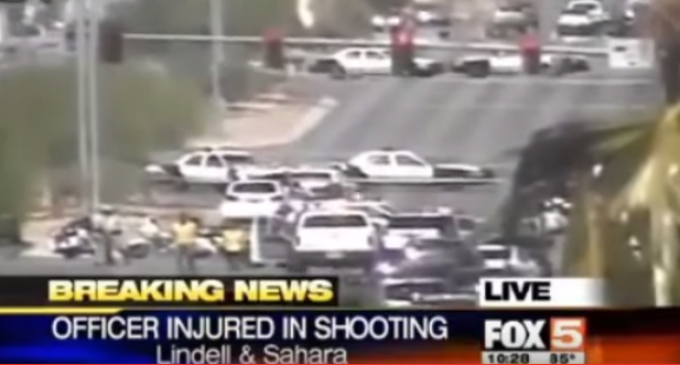 Criminals are becoming a lot bolder, these days. With social media and groups like Black Lives Matter adding fuel to the deluge of hatred towards police officers, putting on that uniform each day is becoming more and more dangerous.

And while in the past, the deaths of law enforcement officers happened, they weren't nearly as numerous or brazen as they are today.

Fortunately, both Las Vegas Metro police officers survived their encounter with a lone gunman, who tried to ambush them in their car.