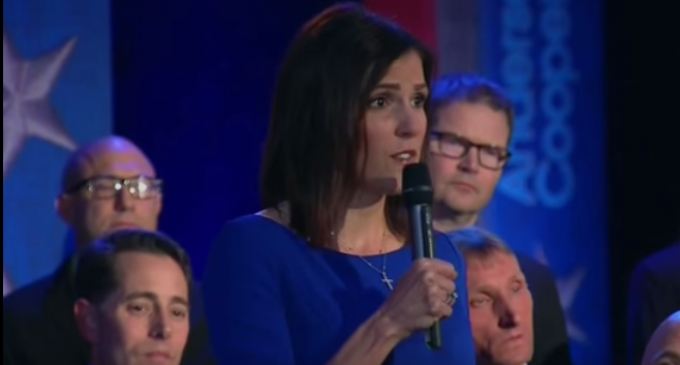 President Barack Obama held a CNN “Town Hall” meeting at George Mason University on Thursday to discuss gun control and his latest executive order, and his inability to tell the truth was on display once again. In the attached video, Taya Kayle, whose husband Chris was the main character in the movie American Sniper, presented some challenging facts to Obama. Chris Kayle was the victim of a mentally disturbed gunman at a shooting range, and Taya is consequently very attuned to what might actually help decrease gun violence, and what is just political posturing, as Obama’s proposals are.

Taya pointed out that the proposals Obama is putting into place would not have prevented any of the mass shootings that he claims are the reason for his new directives. Obama responds, but the challenge is to determine whether he just does not know the facts, or if he is simply confident that the main stream media and the Left will just ignore it when he lies.