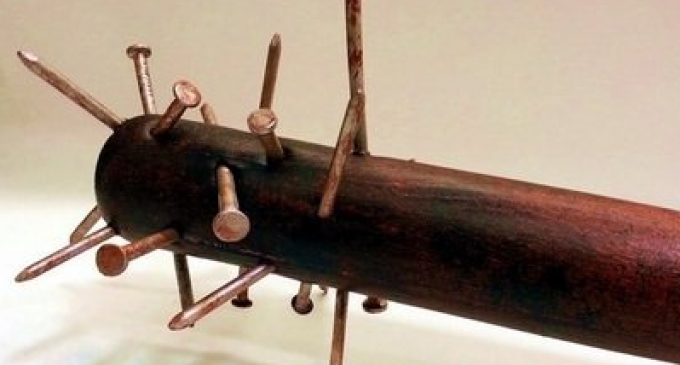 The extreme far-left has finally embraced the use of terrorism in the United States — and yet they continue to be given a pass by the mainstream media.

That may sound extreme, but it's also true by definition. The term “terrorism” is defined by the Oxford dictionary as “the unlawful use of violence and intimidation, especially against civilians, in the pursuit of political aims.”

So when liberals say “it's okay to punch a Nazi,” that's textbook terrorism — albeit on a small scale and against unsavory individuals.

But that mentality — that violence is an acceptable form of political expression — is growing at an alarming rate. Now, the left is arguing to attack more people using more violent means.

They're not even hiding it very well. This week, one alt-left leader vowed to “crush skulls” during a Patriot Prayer rally.

Read about the specific threat against American on the next page: