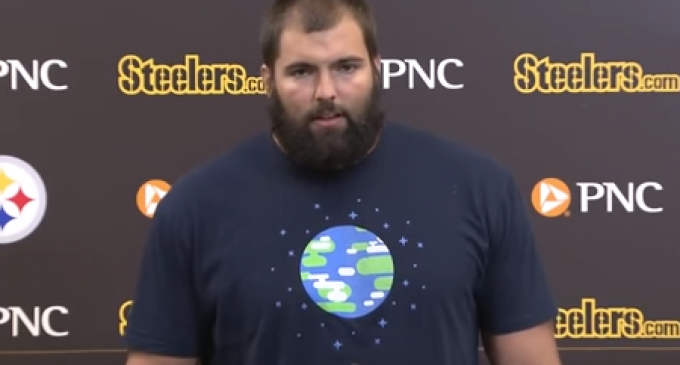 Leave it to the virtue signalizing bullish left to attack the free speech of those opposing them while allegedly fighting for the rights of the “oppressed' and “freedom for all”.

Alejandro Villanueva was briefly one of the most popular players in the NFL. But, God forbid an army vet and proud patriot be allowed to disrupt the new status-quo and respect the flag, and his country.

He quickly came under fire from not only his own coach, but NFL owners for daring to stand after being virtue signaled to kneel in defiance of President Trump.

It seems hard to imagine this guy being an “unintentional”  participant in standing for the national anthem. Did he also “unintentionally” place his hand on his heart?

Hear his explanation on the next page during his 1st press conference following his headline-making stand during the national anthem Sunday.