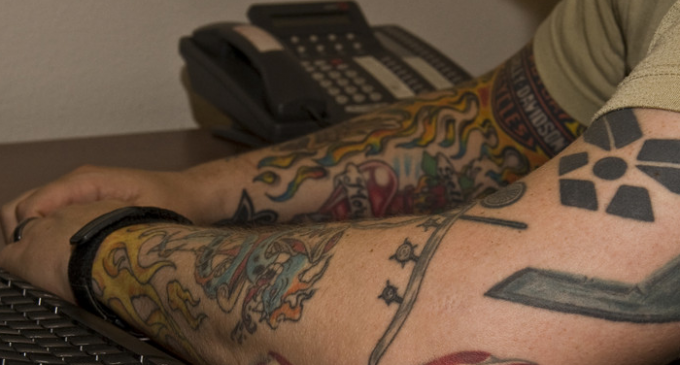 The United States Air Force is employing a new set of rules regarding tattoo coverage on its recruits.

Due to the purge of the military conducted under the Obama regime, The Air Force cites dwindling recruitment numbers as a reason for loosing up not only their policy on tattoos, but on prior marijuana usage as well.

The Obama regime has certainly shrunk our military, which is one reason Trump won in a landslide. Turns out people do like to feel secure in their own country.

See the new tattoo rules on the next page: