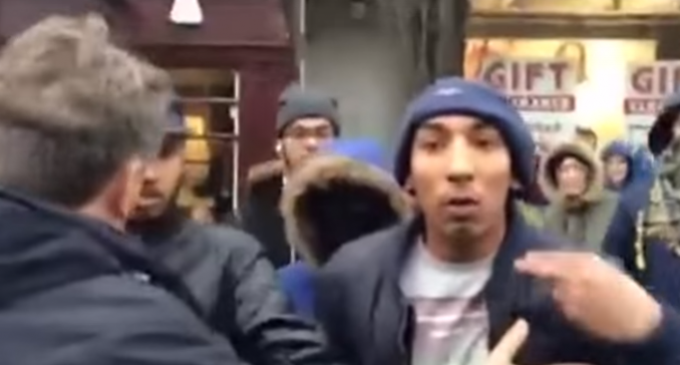 Right wing activists were attacked recently by aggressive Muslims in Derby, England as visible by the footage on the next page. Police responded to the scene where a group of Muslim men were making serious verbal threats to activists and several of the other females around.

One of the women said the immigrant man was “insulting white people, calling them trash, and saying that the British people don't belong here…“. She claimed that the Muslim men attacked her, and another woman who was actually trying to help the immigrants sort things out.

Muslim men shouting to the British people that they do not belong in their own country is another harsh example of the realities that seem to be plaguing countries like England who have decided to host Muslim immigrants alike. In a country so different from their own, it seems these Muslim immigrants miss the nature of their land that is oppression among women, the harsh power of Sharia law and the power it gives to the Muslim man.

It is clear in the video on page 2 how quickly the immigrants resorted to violence.