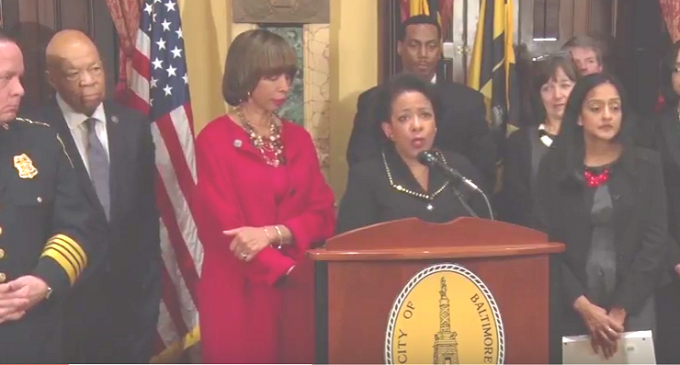 Federalizing law enforcement departments is a concern. There is no question that some local police forces are being overwhelmed by the crime they are facing, yet that should be a matter of local officials redirecting funds to strengthen law enforcement efforts. There are also claims of systematic abuses by local police officers. Calling in the feds should be a last resort, and it is an indication that local governments are unable to do their jobs. Or it is the indication of something more sinister at work?

Baltimore is a center of lawlessness. The city has been plagued by crime for decades, and things have gotten so bad that the job of policing the city has been taken over by federal law enforcement officials. Ever the administration to take advantage of any opportunity to inject the federal government into local matters, the Obama administration became deeply involved with local police forces in the aftermath of some highly publicized instances of alleged abuses by the police. In some cases this federal intervention was to provide additional equipment and training, at other times to investigate and prosecute alleged civil rights abuses. Attorney General Lynch once outlined federal initiatives during a speech in Baltimore.

But have these federal interventions into local police departments been everything they appear to have been? More on page two.