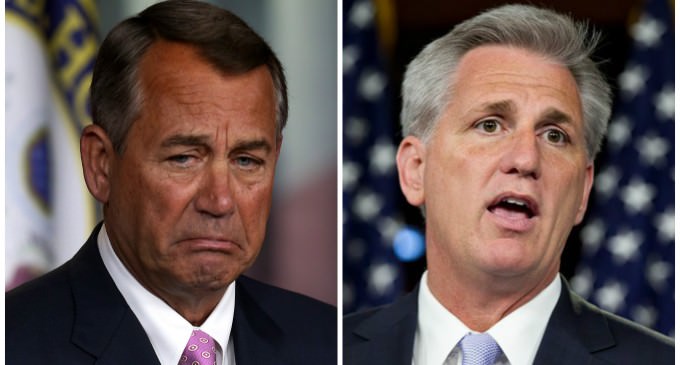 Adios Boehner, Hola Kevin McCarthy, (R-CA)?  In a shocking move, John Boehner (R-OH), has resigned as Speaker of the House and his seat altogether, effective end of October.

Pundits are already talking about Kevin McCarthy, the Republican Congressman, as the front runner for his replacement.  McCarthy hails from the central valley region in California, which is called the “bread basket of the Nation”.  Illegal immigrants are a vital part of the economy there.  Driving through that region, its flat, and its back to back farms-called the “grapevine”highway.  So, will McCarthy be any better for conservatives than Boehner?

Is McCarthy the answer?