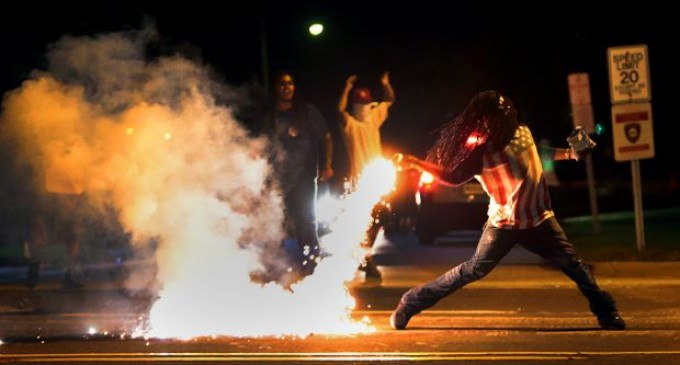 The one year anniversary of the Michael Brown shooting in Ferguson brought out protesters and a community heightened with anxiety, as gunshots rang out during the event.   Tyrone Harris Jr., 18, is charged with opening fire on plain clothes police officers as well as nine other felonies.  Following the charges, an activist group called “the Black Struggle” came to Harris’ defense, stating “[being in plain clothes] made it difficult to identify police officers”.

Read more of the bizarre and astounding excuses made by the group on the NEXT PAGE: