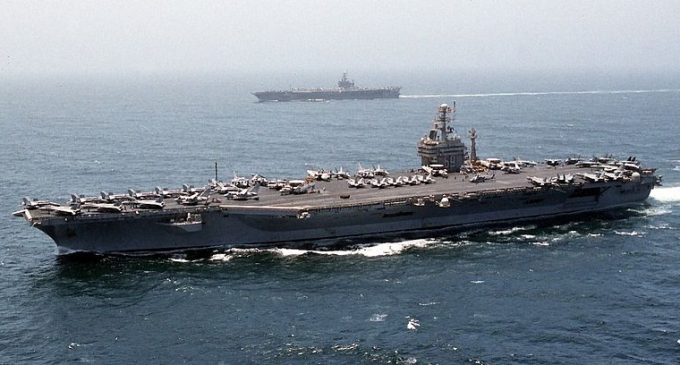 The most valuable naval assets the US deploys are its aircraft carriers and nuclear submarines. Unlike the subs which remain hidden, our ten aircraft carriers remain in full view. For anyone who has ever see one in person, the things are just overwhelming. They cost billions and take years to construct. The loss of a single aircraft carrier, let alone several, would be catastrophic.

They remain a primary method by which the US projects power around the globe.  Accompanied by cruisers and destroyers (and probably a submarine), a carrier task force is formidable indeed.

Typically we see our carriers, or at least some of them, deployed around the world, frequently in the Middle East. For a brief period of time right now, that's not the case. More on page two.