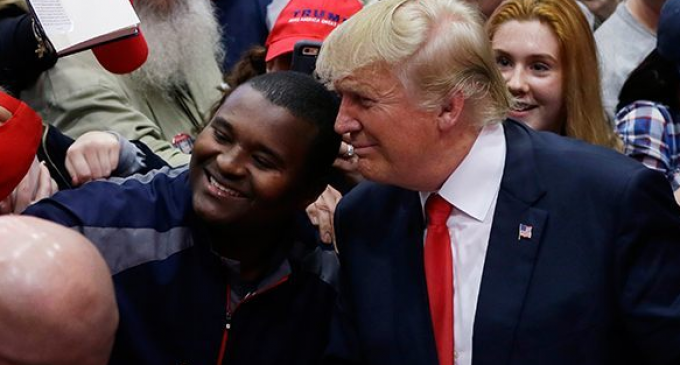 I really want to say something like:  “The Left has finally gone off the deep end!”  But I can't.  Because every single time that I think it, the Left goes off and does something even loonier (or Leftier).

I can still remember staying up with my mom to watch “In Search Of…” in the 1970s with host, Leonard Nimoy.  My absolute favorite show.  In watching it now, of course, I marvel at the eyeglasses, the ties and how really, really wide the lapels were on the suit jackets.  Most of the show revolved around ancient mysteries, but there were times, especially in later seasons, where the writers delved into more contemporary issues.  One of the shows I remember having lots of conversations over in high school was the “Coming Ice Age.”  It was a big deal back then.  In my lifetime, I remember many such moments.

There was the warning back in the 1960s of the world running out of food!  That was huge and, as seems to be the case in every sensationalist headline, based on a total lie.  I can still recall going to the grocery store in the middle of this supposed “famine of biblical proportions” and my mom throwing a Quisp cereal into the shopping cart.  I was thinking, “Is that going to be enough, I wonder.  If the food is running out, can I…a lowly poverty-stricken child from the New York Tristate area…survive on a box of that crunchy, sugary goodness?”  When I found out that the government began paying farmers in the United States NOT to grow food, I thought (with furrowed brow, squinted eyes and whispered breath) “Now I see the truth.”  Our “Bread Basket of the World” region of the Midwest and out to California, from where a full 48% of the world's food was being supplied, was being systematically shut down by our own government.

Then there was the “Population Boom,” where there wouldn't be enough room on the face of the planet in 20 years, despite the fact that just the Pine Barrens of New Jersey alone took thousands of hours (I was a kid, all right) to drive through with not a soul or a home in sight.  I remember thinking, “Why don't we just build all the homes here.  There's plenty of room for the whole world to live.  That is, [whispering to myself in the back of the car as we passed an Asbury Park sign] if the Jersey Devil doesn't eat them ALL!”

Next was my personal favorite…the “Coming Ice Age”…which leads me to our next installment of “As the Leftist World Burns…”  Read on for the madcap, hilarious world of Progressivism!