Few can argue that the Democrats have their hands full with going toe-to-toe with one of the world’s top political counterpunchers, President Donald Trump. Whoever the ultimate Democrat nominee is, the obituaries for that eventual loser will already be written the day after they’ve received the nod by the party. Heck, the DNC-Network Media may already have the obits ready and waiting, polished to a high sheen, on every major candidate to date. Did you hear that, Deval Patrick?

But when it comes to those who really have no skin in the game, one would think that their words would actually matter. Stacey Abrams, the failed gubernatorial candidate in Georgia’s race last year would normally qualify for that type of commentary. It must be woven with great care and wisdom, because she doesn’t really have anything to lose by being honest. 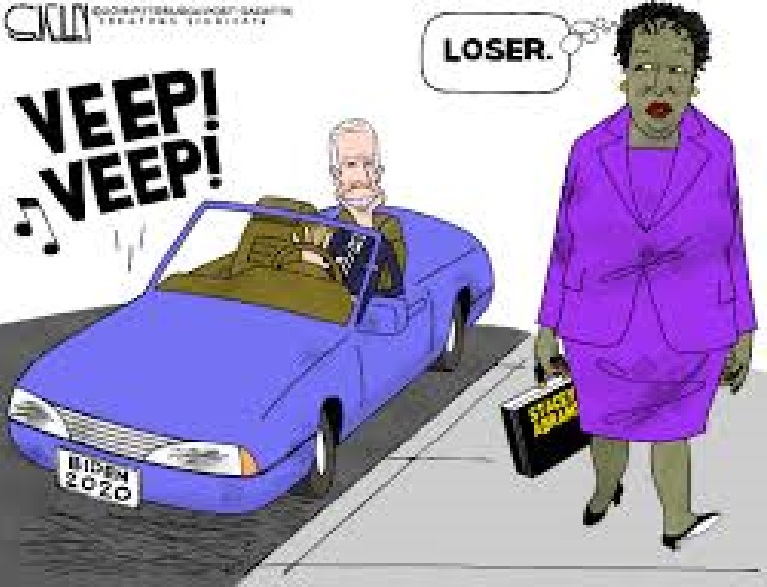 STACEY ABRAMS IS ANGLING FOR THE NUMBER-TWO JOB

It’s not a national security secret that Stacey Abrams is a disgruntled ex-candidate. She has made it clear over and over how very unfair the entire process was when she lost her bid to be Georgia’s governor last year. The election was rigged and it was completely stolen from her. That’s what she’ll tell anyone who happens to make eye contact with her in the supermarket.

Initially, this loss was devastating to her, so much so that she, to this very day, has never conceded the match to Brian Kemp. She went on an excuse circuit tour of all the talk shows, assuring the Leftist audiences and hosts that she was robbed…that it was all a set-up. She even had many politicians and the Hollywood Arrogant who defiantly referred to her as the “legitimate governor of Georgia.” When asked if she would consider being the running mate of Joe Biden months ago, she said, “Hell, no!” Well, not in those words, but she was emphatic. “If I’m going to get into the race, I’m going to do it myself.

Of course, since then, that tune has somewhat changed, especially in view of the fact that, as her spotlight continues to dim, she is scrambling to maintain some vestige of relevance. Read more about that here: Stacey Abrams Just Can’t Stop Photobombing the Democrats.

SETTING HERSELF UP FOR THE EVENTUAL LOSS

It’s for this exact reason that Abrams is beginning to harp on the Electoral College. Akin to the whining of Hillary Clinton and Jill Stein, Abrams is adding the distinct edge to the argument that won her so much adoration and acclaim from the Left the last time she used it. She’s claiming that the Electoral College is “racist.”

Of course, it is.

The comments made about the Electoral College were made before the National Press Club, which means that the entire room full of reporters was 100% on her side. Throughout the one-plus hours of her comments, it was basically an affirmation-in-the-mirror type speech, assuring the applauding and sycophantic audience that she was an amazing person and cannot be denied her destiny.

The comments regarding the Electoral College begin specifically at 54:57 of the following video.