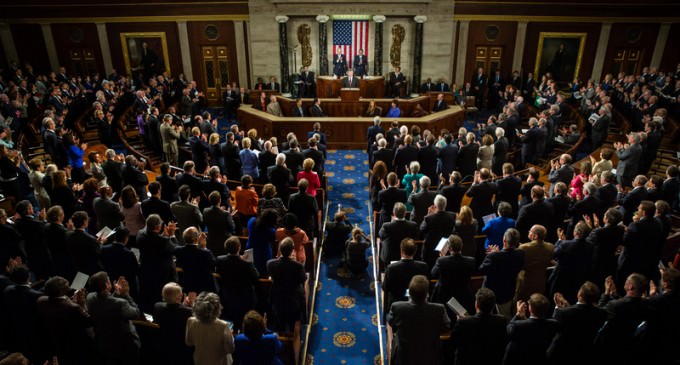 In the 2010 midterm elections, 82 million voters went to the polls and overwhelmingly voted for Republican candidates over Democrats.  The electoral shellacking was viewed as a referendum on President Obama and his policies — most notably the Affordable Care Act (Obamacare).  Voters issued a mandate to Republican lawmakers with this historic landslide shift in power: stop President Obama and his radical left-wing agenda.

Voters who expected Republican legislators to stop the Democrats' ultra-liberal agenda have been sorely disappointed over the last six years.  The government continues to roll out new Obamacare regulations, the southern border remains as porous as a pasta strainer, and the administration has begun its efforts to flood the country with unvetted Muslim migrants.

The voters that swept out Democrats in 2010 are now wondering if their votes made any difference at all — especially now.

To read how 43 Republicans hopped on board with the liberal transgender agenda last week, continue reading on the next page: