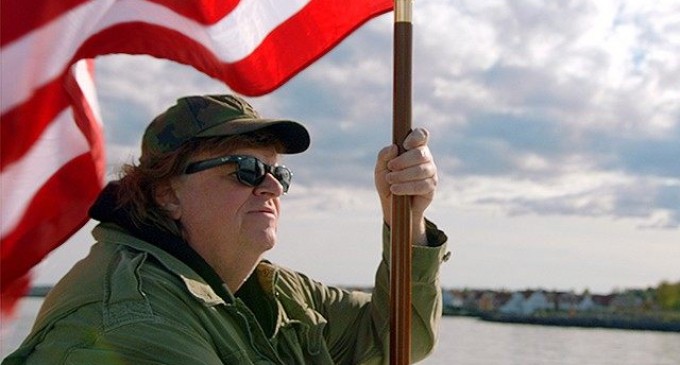 As surely as the sun rises, not a day goes by without Michael Moore making some outlandishly hateful remark about his country and the people who live there.

Like many mainstream media personalities, Moore lined up to hear President Obama's speech demanding more gun control like the good little lap dog he is. But surprisingly, the president said something that irked the far left-wing director.

At one point during his address, Obama noted that Americans “are not inherently more prone to violence” than other people. This concession was too much for Moore to bear, with him quickly taking to Twitter to voice his own assessment of Americans.

Disagreeing with Obama, Moore ranted on the social media site that, “[Obama] said that we Americans aren't more violent than others. But we r. We start wars. We drone bomb civilians.”

Really Michael? Because Americans “start” wars, we're more violent. Well, by that metric, all countries are violent, because they've all started wars! Just look at Syria: it's gotten so bad that Syrians are leaving their own country en masse. So if you want to talk about violence Michael, let's start there, not here.