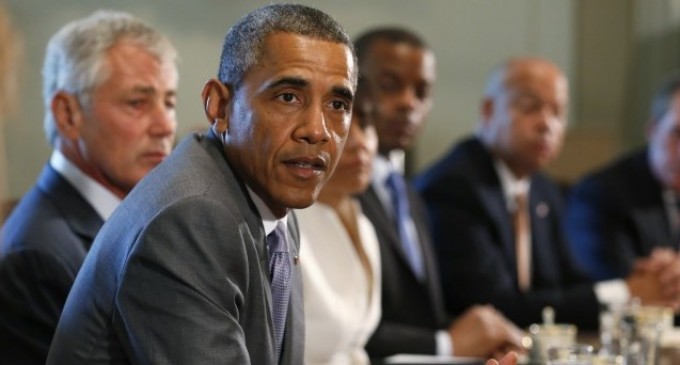 The Obama regime has provided home delivery service to 290,000 illegals so far this year – and counting.

Mixed in with these illegals are Mexican drug cartel members, Mexican gang members and Muslim terrorists, according to official sources.

The vast majority of 50,000 unaccompanied youths and children who have illegally crossed the Texas border during the last few months have been successfully delivered by federal agencies to their relatives living in the United States, according to a New York Times article.

A second New York Times article report revealed that officials have caught an additional 240,000 Central American migrants since April, and are transporting many of them to their destinations throughout the United States.

The 290,000 illegals — so far — are exploiting legal loopholes that allow them to get temporary permits to stay in the United States.

Experts say that President Barack Obama’s administration has failed to close the loopholes and is unlikely to deport more than a small percentage of the illegals, despite the high unemployment rates among American Latino, African-American and white youths, and the strapped budgets of many cities and towns.

The president’s policy has caused protests by frightened citizens in towns such as Murrieta. But Obama’s allies — such as La Raza, an ethnic lobby for Latinos — are eager to escalate the conflict and to paint the protestors as racists. Those protests may escalate before the November elections.

The Central American parents of the 50,000 youths and children are using a 2008 law to ensure their children are transported to them for free by a relay of border patrol and Department of Health and Human Services officials. The youths are delivered to the border patrol by smugglers, dubbed coyotes, in exchange for several thousand dollars.