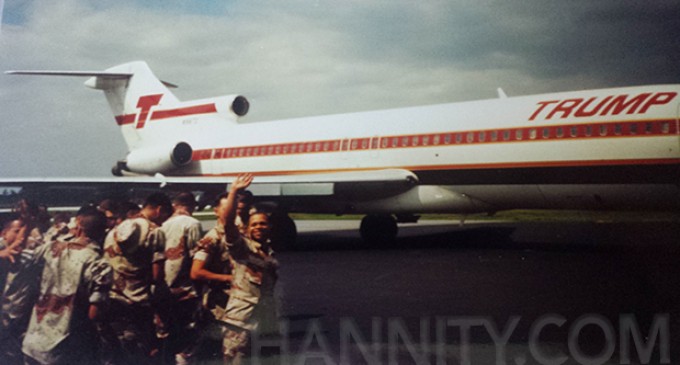 There are so many tabloid stories about Donald Trump, America has tuned them out. There were stories of Trump having a book of Nazi speeches by his bed, stories of love children, stories of wives accusing him of abuse (later debunked) and of course stories of Trump teaming up with various officials to steal property from helpless citizens.

There are also stories of Donald Trump paying off people's mortgages and Donald Trump employing people and lifting them up into a world of prosperity.

What about Donald Trump supporting the military? There has been much speculation about what kind of commander in chief The Donald would be.

Donald Trump did attend the New York Military Academy as a young man so he in not unfamiliar with the world of military affairs.

Evidently, during the Gulf War in the early 1990's, Donald Trump got wind of a large group of Marines, more than 200, who could not get home.

The Donald sprang into action and found a way to handle the logistical error.

See the next page for Donald's solution and the response of the Marines.