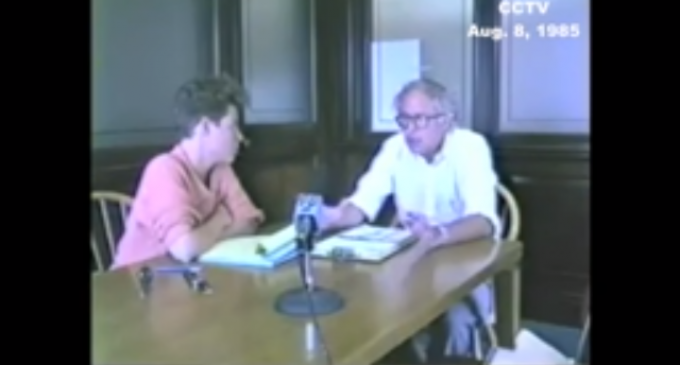 1985 was a great time to be alive. Reagan was into his fifth year in office, the economy was going strong, and the fall of the USSR was right around the corner. It was a good time to be an American.

But some people were ungrateful, if not wholly ignorant, of the times they were living in or the facts of the tumultuous political world they were inhabiting.

Bernie Sanders was one such person who was yet languishing in political obscurity, and though his politics were less than vogue, he remained determined to spread his lies, ignorance, and degeneracy to as many as he could. This video, filmed in 1985, shows you exactly what kind of man Bernie Sanders was back then.