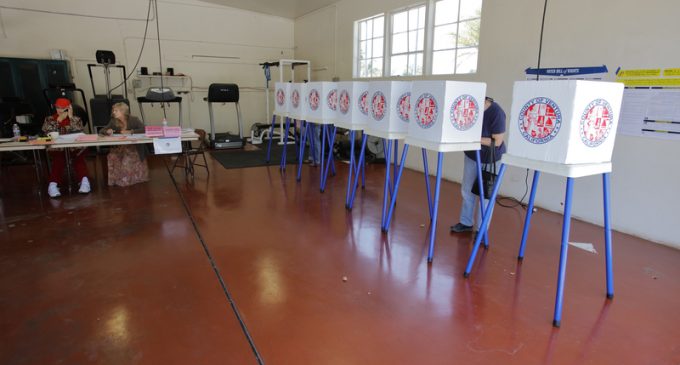 Voter fraud was assured not to be taking place by Jackass Party members for decades.  Meanwhile, between busing people from out of the state into it in order to vote, having dead people and cartoon characters voting, having people vote more than once or be registered in multiple states or voting districts, was said by the DNC to be hogwash.

Of course, now that Donald Trump got elected, they are claiming that voter fraud is rampant…but only if you're a Trump supporter or you're Russian.  Amazingly, while Obama was deriding Trump last October for talking about voter fraud and announcing to the public that it was just not even possible to game the elections systems, he was also simultaneously (supposedly) hunting down leads and attempting to quell the rising Red tide of Russian interference that was taking place the entire year.

So, which is it, Lefties?  When you thought Hillary might win, it was the single most secure system on planet Earth.  But when Trump won, it was a third world system so full of holes that even Loretta Lynch and Cheryl Mills wouldn't be able to plug them!

A new consumer watchdog group lawsuit has been initiated against the state of California on behalf of the American voters.  This group identified 11 counties that have glaring discrepancies in their voter rolls and this group is demanding that they fix the problem or face a massive lawsuit.

Read on the following page about which counties were affected and how this likely affected the final outcome of the 2016 election results.