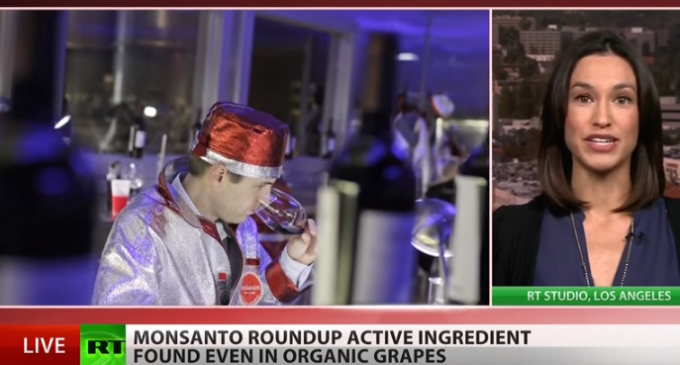 Tests have found that California wines contain traces of the herbicide glyphosate, a popular chemical used in Round-Up. Ten different wines were tested from wineries all over the state, including places like Sonoma, Napa Valley and Mendocino Counties. They found glyphosate in one hundred percent of the wines tested, even those that were grown and produced organically. This suggests that the chemical drifts from conventional farmlands and just about everywhere else, where it's used.

The test was performed by a group called Moms Across America, who wanted to find out how household products were ending up in people's bloodstreams. They requested urine and breastmilk samples from people all over the country to find out what the most common chemical was.

Glyphosate is the active ingredient in Round-Up, as well as over 700 other herbicidal products. Last year, the World Health Organization labeled it a probable carcinogen, meaning it causes cancer.

You can watch the news report on the next page.