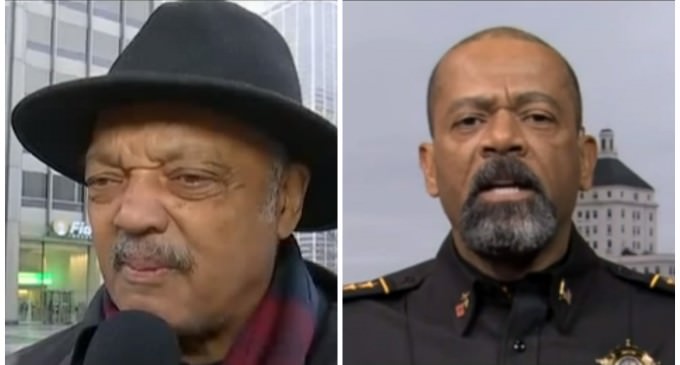 If Jesse Jackson is anything, he is a cad, an opportunistic meddler who exploits any situation that may initially have the potential to be deemed racist.  He only shows up when there is an opportunity for name recognition and free media coverage.

Never does one find Old Jesse helping at a soup kitchen or handing out blankets on skid row, but he sure comes running when he thinks he can take a story and make his face the poster-child as a civil rights savior.

Jackson did not arrive in Chicago, on Black Friday, to offer support to the family whose nine-year-old child was shot by a 27-year-old, but rather to decry “the behavior and the culture of the police”.

Page two has video of the interview with a response from Sheriff Clarke.