What’s with all the unusual radiation hotspots in California?

Following reports of abnormally high radiation readings on a beach in San Francisco, experts have discovered radiation hot spots measuring 1,400 per cent above normal background levels, although they are keen to stress there is no link to Fukushima.

We saw Monday  how a video went viral showing unusually radiation measurements on a beach near Pillar Point Harbor in San Mateo County. His instruments showed 150 micro-REM/hour, which is five times the normal background radiation levels. The readings were confirmed, but officials had no explanation of the cause. 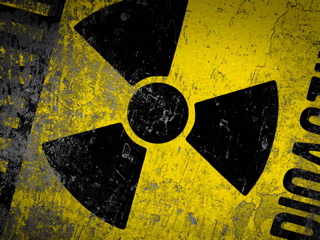 “It’s not normal. I’ve never seen 400 cpm when I just wave my Geiger around.” Weiss told the Half Moon Bay Review. “There has to be something radioactive for it to do that.”

After studying a dirt sample in a spectrum analyzer, the substance was found to contain radium and thorium, which are both naturally occurring radioactive elements. No evidence of cesium-137, the fissile material used in the Fukushima reactors, was discovered, leading Weiss to conclude that the radiation had no link to the nuclear plant in Japan.