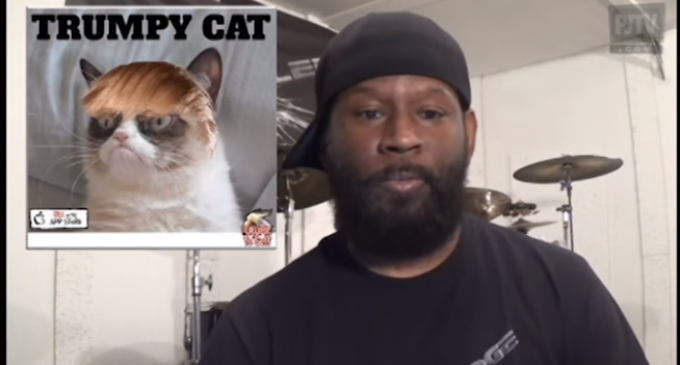 Alfonzo Rachel, conservative web host, destroyed the left in his video monologue stating that the liberals are racists because they have assigned a religion to a race.  He made the superb point that Muslims are not a race, but rather a follower of Islam.

In defense of Trump, who has been called racist because of his position to keep Muslims from immigrating into the country, Rachel called the liberals the profiling, stereo-typers and called Trump “more American” than the left.

Liberal’s don’t have any idea what it means to be an American, Rachel points out.  He continues by saying that liberal’s are duped by the politically correct notion that not all Muslims are terrorist.  It really doesn’t matter how peaceful these moderate Muslims seem to be, they will bend to the will of true believers.