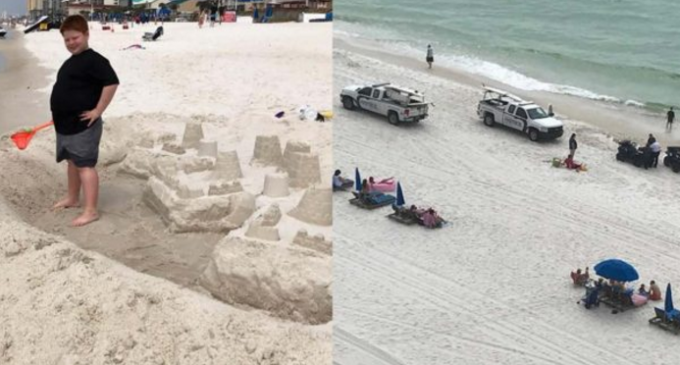 Ideally, we all want to live in a nation of laws. But we certainly hope the laws are rational, based on the premise of the public good, and enforced with common sense as guidance.

On a recent visit to Panama City Beach in Florida, an Alabama youth minister and his family were confronted by police for building a sand castle on the beach.

What seemed to be an innocent activity for the father and his 7-year old son turned into a confrontation that prompted the response of four police cruisers to the scene to deal with the “criminal” activity.

Learn how Bryant Rylee’s request for a simple explanation of the ordinance police cited turned into an event where he was punished for having innocent fun with his son. The story unfolds on the next page.