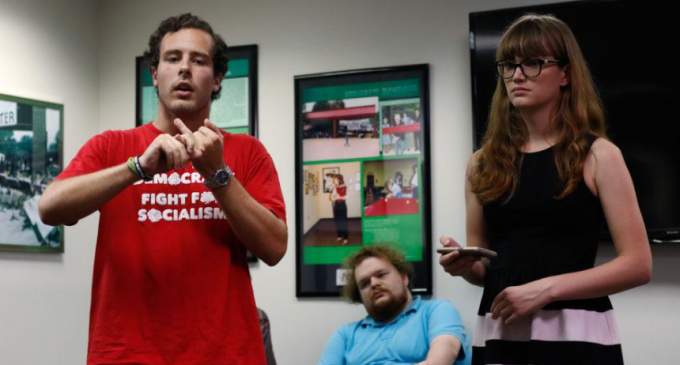 After the Young Democratic Socialists Club called for the killing of Republicans by shooting and beheading, the outrage on conservative media sites caused the Univerity of Georgia to release a statement that police would investigate the matter.

The university then informed the public that the group was no longer active at the school.

“We have been informed this group is no longer an active student organization at UGA,” wrote UGA spokesman Greg Trevor. “That said, the University of Georgia Police Department is investigating this matter. The issue also has been referred to the Office of Student Conduct, which regulates student conduct.”

It appears that after the backlash, the group renounced its status as a registered student organization then renamed itself the “Athens Democratic Socialists of America,” continuing to operate despite the statement from UGA.

As you can see from that headline, the group is still active, and even trying to get higher wages for the staff that looked the other way after their sleight of hand. Surprise surprise.

Go to page 2 for the tweet that calls for killing Republicans.