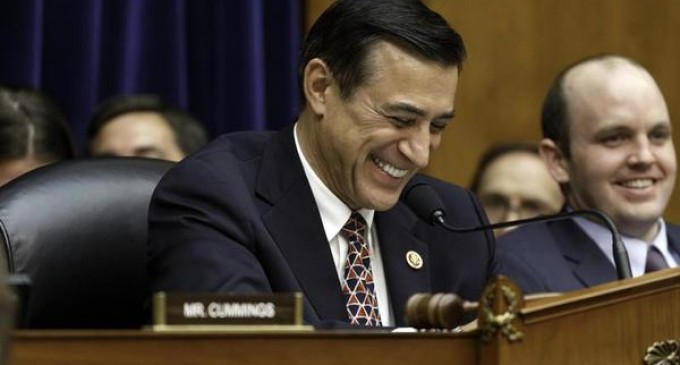 The IRS seems to have had yet another crashed hard drive, this time of one April Sands, who had admitted to violating the law.

It's already well-known that this excuse of losing information via crashed hard drives is a complete lie, yet the IRS, even after experts testify that this is a complete fabrication, uses the same excuse again.

This is because they know that all they have to do is submit any kind of fiction and next week there will be another distraction.

House Oversight and Government Reform Committee Chairman Darrell Issa (R-Calif.) on Monday made yet another request to the federal government for details about a crashed hard drive that may have contained information allowing criminal charges to be brought against a federal official.

Issa’s newest letter concerns the hard drive of April Sands, a former employee at the Federal Election Commission who resigned in the spring after admitting to violations of the Hatch Act. That law puts restrictions on the ability of government officials to conduct political activities while on the job, or from government offices.

Issa noted that while Sands admitted to violating the law, the FEC just recently told Congress that it could not recover her hard drive, which made it impossible to seek criminal charges against her.

“Recent information obtained by the committee suggests that the FEC OIG could not pursue criminal prosecution for the misconduct because the attorney’s hard drive had been recycled by the FEC,” Issa’s letter said.

As a result, Issa asked the FEC to provide information to his committee by July 28. That includes all documents related to the hard drive loss, and documents detailing the FEC’s practices for retaining information on computers.

The FEC is an independent agency, but Sands’ emails clearly indicated she favored Obama’s re-election in 2012. Before the election, she tweeted things like:

“Our #POTUS’s birthday is August 4. He’ll be 51. I’m donating at least $51 to give him the best birthday present ever: a second term.” In another tweet, she said anyone supporting Republicans is her “enemy.”

“The bias exhibited in these messages is striking, especially for an attorney charged with the responsibility to enforce federal election laws fairly and dispassionately,” Issa wrote.

The problem at the FEC is the third high-profile technical glitch that House Republicans have probed in the last few weeks. In late June, Issa’s committee was told by EPA Administrator Gina McCarthy that some emails may have been lost related to a decision blocking a proposed mining operation in Alaska. 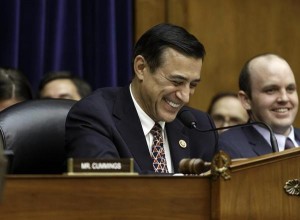