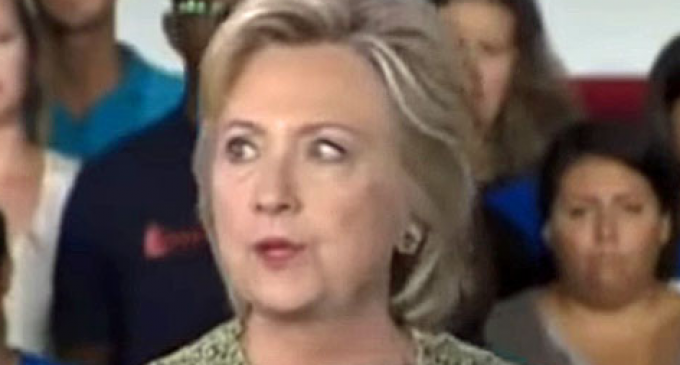 Hillary's obvious medical problems have been in the news so much that her health has become a major campaign issue – much to her dismay. In fact, it's an issue that has grown to the point that even her allies in the media are forced to cover it.

To add to her woes, people who might otherwise have never noticed there being anything wrong are now looking for signs of any illnesses she may have.  Much of it is natural curiosity.  Is there something seriously wrong with this woman, and if so, what is it? Given the Clintons' history of being anything but transparent, her dismissals aren't  going to help her.

So the question of whether she is physically and mentally fit to serve as president is now an issue that she can't easily dismiss.  And videos like this one only deepen the mystery.