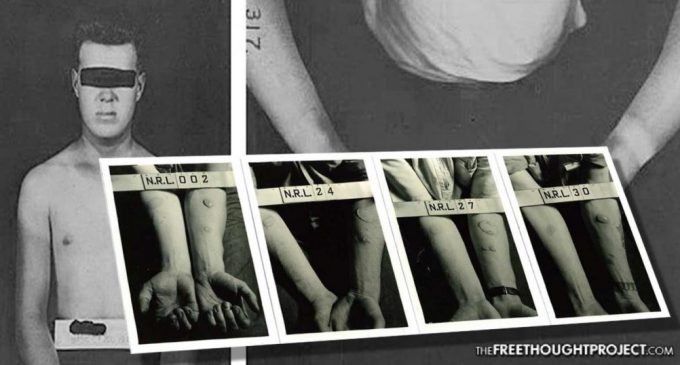 In Medieval times, different ministers of war and generals employed “physicians” who were able to test the effectiveness of torture devices.  Believe it or not, mechanical implements were then “tested” on “volunteers” from among the soldiery.

In the age of the Renaissance, when torture devices were no longer in vogue (but were still widely utilized), the minsters and generals then turned to volunteers to test out their weaponry.  These volunteers were, of course, soldiers.  While they might not have used the musketmen (their ranged skill levels to valuable to the military), they had no qualms about using common foot soldiers to see the effectiveness of their newest weapons.

Even during the American Revolution, there were moments of “volunteerism” like when the very first submarine, partially designed through the wit and imagination of Ben Franklin, was manned and set afloat, only to founder and disappear in the murky depths of the waters.

The modern military has its own horror stories about advanced medical and chemical testing and how soldiers were wittingly and unwittingly subjected to these terrible substances and practices.  When the soldiers became veterans, however, the Veterans Administration ends up routinely denying care and treatment for the resulting issues from the testing, despite an admission by the military of such experimentation.

Turn to the following page to read about the latest effort by the Pentagon and State Department to block veterans from treatment for ailments they originally inflicted!