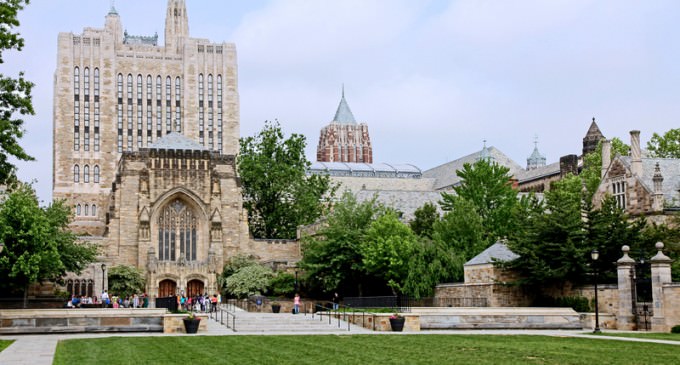 Yes, that long awaited class at none other Yale University, is here.  “Defense of Looting”, is a 2 day workshop teaching that looting by “anti-black racists” ( anti-[not] black [those of African American heritage] racist, so it means not black racists) is a foundational  principle of this country.  What this class is referring to is burning and looting businesses, as what happened in Ferguson- is fighting white supremacy.

Taught by DeRay McKesson, an up and coming cult of personality figure for the millennial blacks, and those of other races who tend to be on the cutting edge of some revolution of nonsense, McKeeson is most famous for his presence in Ferguson during the riots.  McKeeson took to social media to amp up the looting class to do their thing.  Encouraging the looters to burn the buildings and take free “stuff” is an act of politics, and is mistakenly thought of as people “just wanting free stuff”-no to McKeeson its an act to fight against all that is wrong in America.  Basically fighting McKeeson's definition of white supremacy.

And Yale allowed this “activist” McKeeson on campus to teach other like minded looters the righteousness of this activity.  Even Beyonce follows McKeeson on twitter!

more on McKeeson and his philosophy on looting