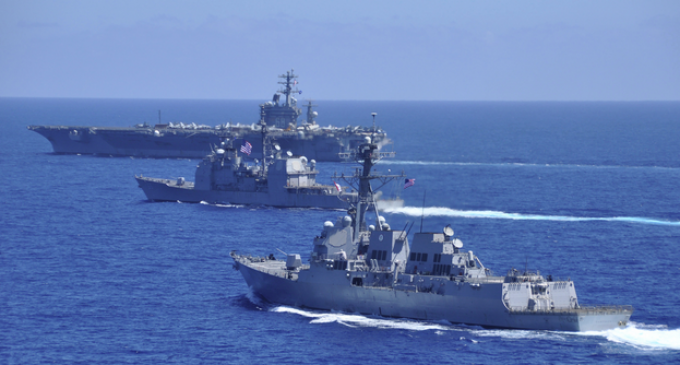 On December 7, 1941, the empire of Japan launched its infamous sneak attack on Pearl Harbor that propelled the United States into a combat role in World War II in the Pacific theater.  While the U.S. had already leveled economic sanctions against the belligerent East Asian nation, Pearl Harbor was the final catalyst for military involvement.

Prior to becoming involved in the Pacific theater, the U.S. had been taking a backseat role in Europe, as well.  President Franklin Delano Roosevelt authorized the transfer of military advisors and materiel to Great Britain, the Soviet Union, and China, but it was not until after the United States retaliated against Japan that Hitler declared war on the U.S.

When examining the course of actions that led to World War II, it is certainly not a stretch to see World War III looming on the horizon today.

In Europe, Vladimir Putin is expanding his influence into the Eastern bloc and invading sovereign nations.  In the Pacific, China has become increasingly aggressive in territorial disputes with Japan, Taiwan, and the Phillippines.

To read more about China’s latest hostile action in the South China Seas, and the United States military response, continue reading on the next page: