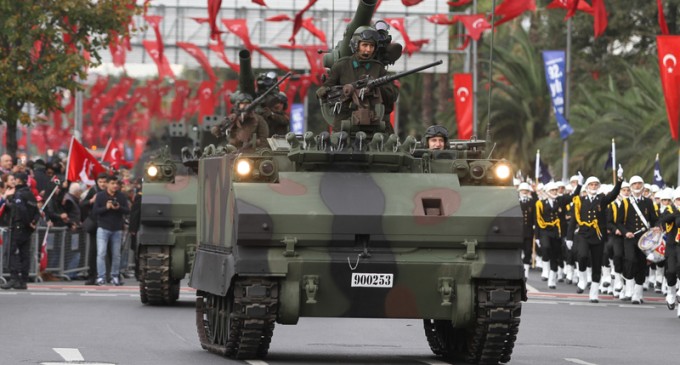 As our world becomes increasingly unstable, Syria has been caught between the conflicts of rising global powers. Syria had called forth Russia along with the Iranians to help aid the survival of the Assad regime. The Sunnis, Saudi Arabia, and Turkey have come close to conquering Syria by funding and arming ISIS, and other Sunni insurgent groups.

The Sunni forces and their constant struggle with the Shiites for control over the Middle East may soon be over as the Syrian city of Allepo, the largest city in Syria, has become surrounded by the Russians bombarding the area. If the city of Allepo falls, the hopes that the Sunnis had for converting Syria into a Sunni nation will topple along with it, and that could mean the end of the war.

In response, the Sunnis seem to be resorting to desperate measures. What was once unthinkable has now been brought about by Saudi Arabia and Turkey — they may be in the process of conducting a full-blown ground invasion of Syria, even if it sets the grounds for World War III.

Find out on page 2 what plans the U.S. has in assisting the Saudis and Turkey.