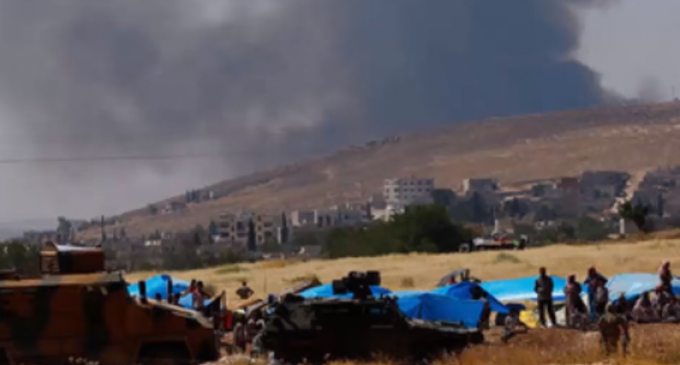 Despite the council the U.S. gave to their Turkish allies concerning the ‘ceasefire' agreement in Syria, as it goes, Obama does not seem a bit moved by Turkey's recent act of aggression which has violated that agreement.

Turkey lost all care for ceasing fire, which was presumed to be had at first. They recently sent out 100 fighters into Syria from Turkey, along the way those fighters joined with other forces to become a group of 250 strong. They began to attack the Kurdish town of Tell Abyad, but while the Kurdish YPG militia was able to fend off this attack, it did not come with ease as the group was supported by artillery fire coming from the Turkish territory, something that Russia believes should be explained by the U.S.

This ‘cease fire' agreement couldn't be anything more but a joke for the Turkish Government.

Check out page two to read what the Prime Minister of Turkey is now openly admitting.