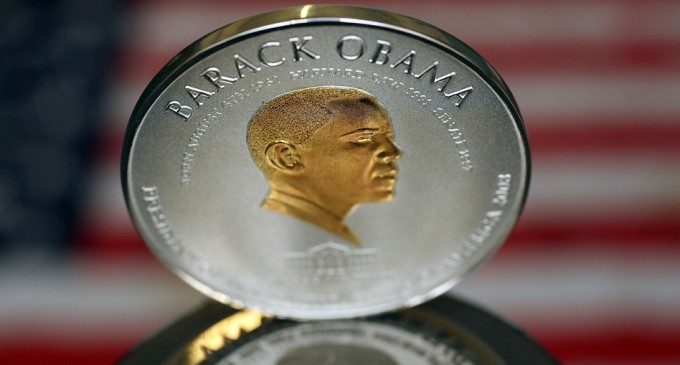 The Obama administration was serious enough about manufacturing a high-value platinum coin to avert a congressional fight over the debt ceiling that it had its top lawyers draw up a memo laying out the legal case for such a move, The Huffington Post learned last week.

The Justice Department’s Office of Legal Counsel, which functions as a sort of law firm for the president and provides him and executive branch agencies with authoritative legal advice, formally weighed in on the platinum coin option sometime since Obama took office, according to OLC’s recent response to HuffPost’s Freedom of Information Act (FOIA) request. While the letter acknowledged the existence of memos on the platinum coin option, OLC officials determined they were “not appropriate for discretionary release.”

HuffPost submitted the FOIA request when there was increased speculation about the use of the platinum coin option ahead of the debt ceiling crisis this fall. Under the compromise reached between the House and Senate following the government shutdown, the U.S. will hit the debt ceiling once again on Feb. 7, though the Treasury can use extraordinary measures to extend that deadline.