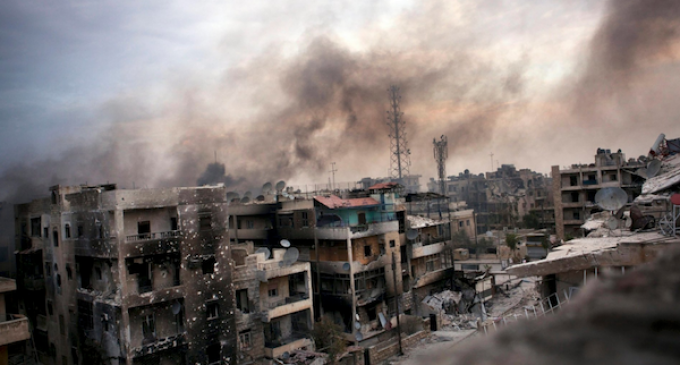 The civil was in Syria is a disaster, not just for that country, but for the world at large. Obviously it is presenting a problem to Europe and the United States as refugees come streaming in from Syria along with tens of thousands of other migrants from Africa and other Middle Eastern countries who are claiming to be from Syria. But that is but a small part of the larger problem which threatens to escalate to a wide spread conflagration, with one Russian leader stating that it could be the fuse to starting World War III.

There are major and minor players, with the U.S., Russia, Iran, ISIS, and Saudi Arabia taking larger roles and the situation spins out of control. Saudi Arabia is even preparing to send troops into Syria, further destabilizing the situation and bringing in the potential for worldwide conflict.

Syrian president Bashar al-Assad is determined to retain control, even if his country is left as nothing but rubble. The newest and most unstable entrant into the fracas is Turkey, and Turkish president Recep Tayyip Erdogan is unpredictable in which way he will go, but he surely has an agenda that has nothing to do with the outcome of a Syrian civil war, and much more to do with unrest in his own country.

And then there are the Russians who are skillfully taking advantage of the entire situation. They have been especially astute in filling the void that the United States left as President Obama dithered and hesitated, trying to find the best political stratagem.

Having criticized President Bush and the Republican leadership for their more proactive stance in world affairs, Obama finds himself hamstrung when the world is in need of a leader who will take action. Obama won't, and Russian president Putin will. And so the power and prestige has shifted.