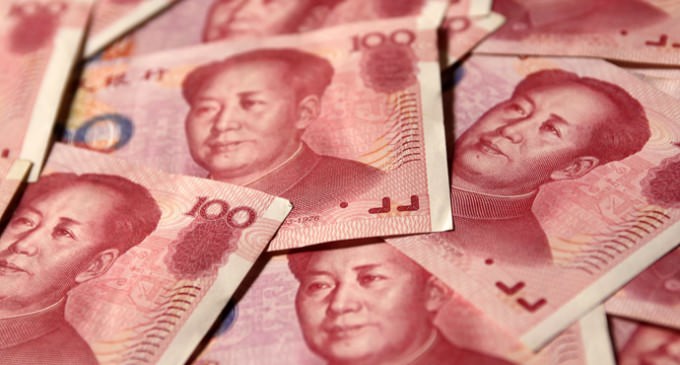 The dethroning of the dollar as the world's reserve currency has just been sped up with China and Russia completing a draft currency swap agreement so they can trade in their domestic currencies, cutting their dependence on the US dollar, of which 75% of their trade is currently in.

The more Obama pussyfoots around with his economic sanctions the more Putin will be forced to fire some real economic missiles back at us.

“The draft document between the Central Bank of Russia and the People’s Bank of China on national currency swaps has been agreed by the parties,” and is at the stage of formal approval procedures, ITAR-TASS quotes the Russian regulator’s office on Thursday.

The Russian Central Bank is not giving precise details on the size of the currency swaps, nor when it will be launched. It says this will depend on demand.

According to the bank, the agreement will serve as an additional instrument for ensuring international financial stability. Also, it will offer the possibility to obtain liquidity in critical situations.

“The agreement will stimulate further development of direct trade in yuan and rubles on the domestic foreign exchange markets of Russia and China,” the Russian regulator said.

Currently, over 75 percent of payments in Russia-China trade settlements are made in US dollars, according to Rossiyskaya Gazeta newspaper.