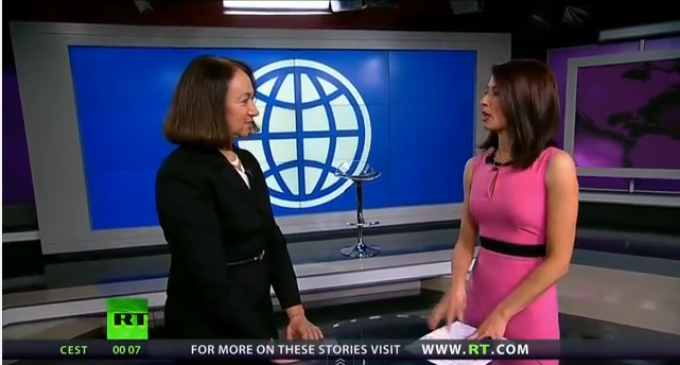 Karen Hudes worked in the legal department as Senior Counsel of the World Bank for more than 20 years until she was fired for blowing the whistle on corruption at the highest levels.

According to Hudes, financial institutions and mega-corporations are used to dominate the planet using debt as chains on governments and controlling politicians through financial contributions.

“The corporate press is owned by one mega-conglomerate, all of the financial institutions of the world, just about, are part of this scheme to rip off everybody, every single citizen on this planet.” states Hudes.

“If the public doesn't know what's going on then you don't have a democracy,” she continued.