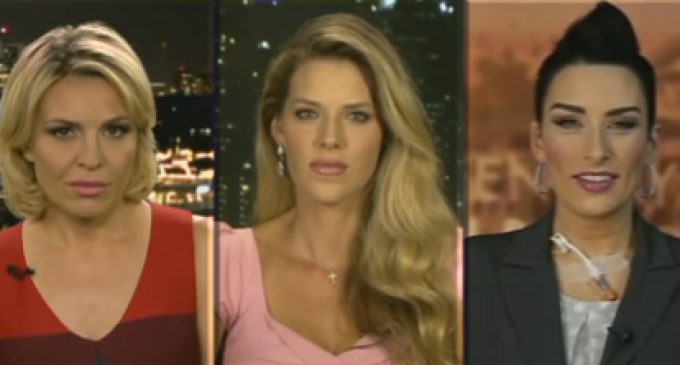 Hillary Clinton and the media have been having a field day with Donald Trump and their allegations that he's disrespectful towards women. After accusations arose from one of the Miss America contestants from back in the '90s, the most prevalent of which came from Alicia Machado, who has now become the face of Hillary Clinton's campaign, more and more women are coming out of the woodworks making similar accusations. The claims include Trump calling women fat, having racial preferences and inspecting women's bodies before allowing them to take to the stage.

While only one of those accusations has come with video proof, there are plenty of women who participated in those pageants who are now standing up for Trump, saying that they've never experienced what all of these women are accusing him of. In fact, their encounters with the presidential hopeful couldn't sound more opposite. Ex-beauty queen Katie Blair brings up some good points.

Find out what she has to say on the next page.