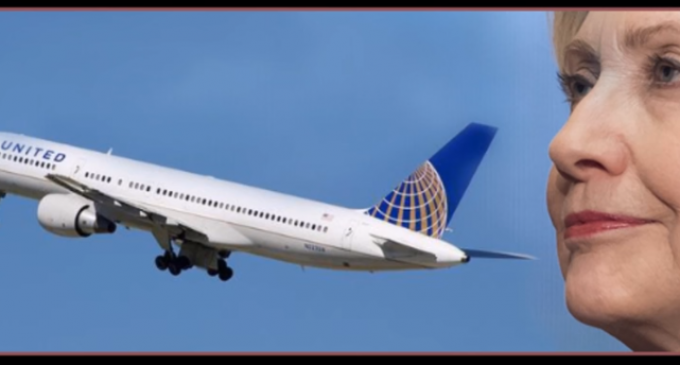 Never say anything derogatory against Queen Hillary on a United Airlines flight, or you could end up being thrown off.

Andrew of San Francisco called the Rush Limbaugh show and shared how his wife's First Amendment right to express her political views cost her her flight from San Fransisco to the East Coast, when the gestapo gate agent heard something she did not like and threw her off the flight.

While waiting to board her flight, the caller's wife was having a political conversation with fellow passengers. It is the sign of the times, political discussions with whomever will partake.  While expressing her views, in what her husband called a “normal tone voice”, she made the statement that Hillary Clinton is a bitch.  At this point, the gate agent freaked out, “making a beeline right to my wife”, and pulled her out of line.  She was not allowed to board because of her outspoken opinion regarding Hillary.

Listen to the call on the following page… it is truly astounding.