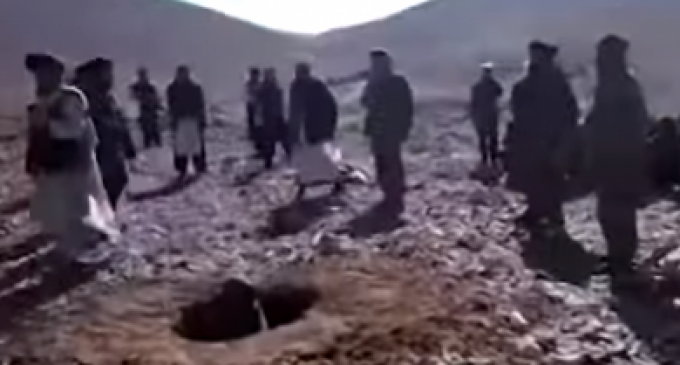 Today marks International Human Rights Day and Iran is demonstrating its support of human rights by announcing that it will be stoning a woman who was convicted of being complicit in her husband's murder. Stoning is especially gruesome as the person is buried up to the shoulders and subsequently bombarded with medium sized rocks for roughly an hour until dead.

The criminal in court in Rasht, which is the capital city of the northern province of Gilan, handed down the cruel sentence.  Executions have increased over the past few years and it is thought that since, 1980, Iran has imposed stoning on at the very lease 150 people.

The reporting of this pending execution was made public by an official Iranian website, therefore caution and inquiry should be made regarding the motive of the regime.  Nayeb Yazdi, who works in tandem with the international NGO Iran Human Rights, at Persion2English blog said,  “The stoning sentence is an indication of the Iranian regime's continued war against women in Iran. Arbitrary executions in Iran must be on top of the agenda in any dialogue between Iran and the West.”

More on this execution on page two.