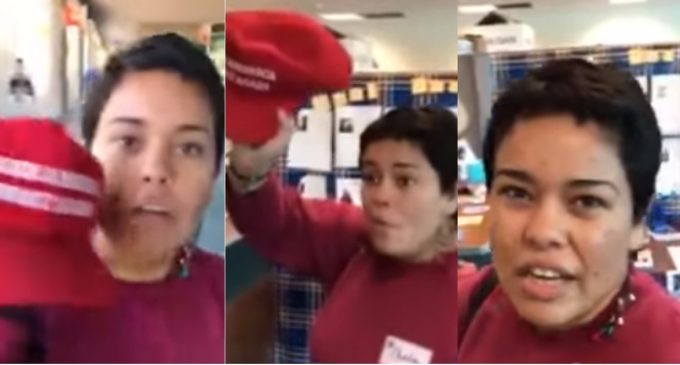 According to one liberal college activist, your belonging doesn't belong to you if they support “genocide” and “racism”. Furthermore, they can just steal those belongings and call it a day because “F*** free speech” and socialism rocks.

A Trump-supporter attending the University of California had his MAGA hat stolen by a fellow student who went ballistic when administrators arrived to mediate the disagreement – THEFT.

Continue to the next page to find out the dangerous mentality brainwashing students into hating free speech – while believing they have the moral high ground to assault people!

WARNING – Video contains explicit language and not suitable for all ages.