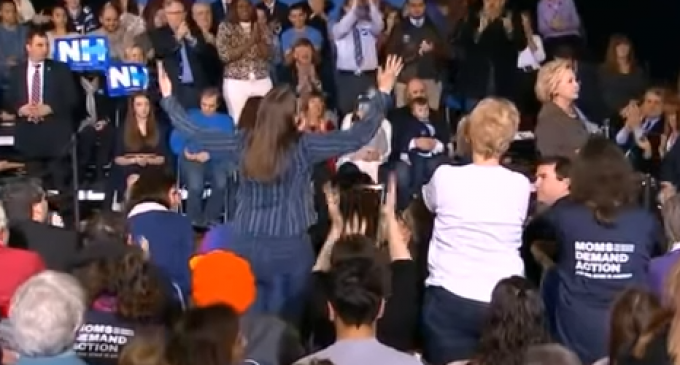 Hillary Clinton is flexing her immense power over her zombie-like legions of supporters, and she's turned them against Katherine Prudhomme-O’Brien, the woman who attempted to corner Hillary over her husband's history with rape.

It's almost literally a war on a woman, and its being headed by Hillary Clinton herself. How ironic.

The attacks on Prudhomme-O’Brien have ranged anywhere from threats to her own safety, to the safety of her children.

Meanwhile, as Hillary's camp attacks a woman for standing up for the rights of Juanita Broaddrick, Hillary gleefully gallivants around the country claiming to be the candidate that stands for all women.

Turns out she only stands for women willing to make her president.

It's typical for Clinton, and only goes to show how her mindless droves of support comes from women too uninformed to notice how dangerous she really is.

Read about the attacks on Katherine Prudhomme-O’Brien on the next page: