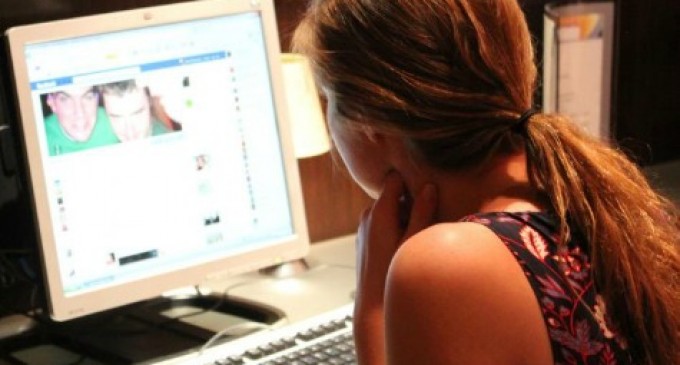 A woman living in the Will County forest preserve near Chicago received a citation this month in the mail from police after she posted a comment in a private forum on Facebook, which to police seemed like a confession she was using a dog park without a permit.

The police department of a Chicago area forest preserve district used a local woman's social media post as a basis to send her a citation in the mail after she made a Facebook post about a county park.

The woman says she wrote a Facebook post that was misinterpreted by Will County forest preserve police as an admission that she was violating park rules. It wasn't long after she posted her comment that she received a notice of violation in the mail and was told she owed the county a fine for illegal use of a park.

Will County is situated south and a bit west of Chicago's Cook County.

The citation came after Will County citizens began posting social media warnings that dogs were catching “kennel cough” at a particular dog park in the park system.

A Facebook page set up by private users of Will County's Whalon Lake Dog Park – a page not connected to or run by county officials – started warning that dogs were getting sick after owners took them to the park.

One Facebook group member posted a badly worded entry to the page that got the attention of police who were evidently monitoring it.

The woman wrote, “I was feeling bad that I haven't bought a pass and been bringing Ginger there but I'm pretty glad I haven't.”

When contacted by a Patch reporter, the woman said that she meant to say that she hadn't gotten a license and had not been using the park and was glad she hadn't, because she would have exposed her dog to the illness that was going around.

However, park police took her post to mean that she hadn't purchased a license but was still using the park in violation of park rules and so sent her a ticket in the mail after tracking her down through her social media account information.

Will County forest preserve spokesperson Cindy Cain admitted that the park police department did, indeed, send the woman a violation in the mail.

“We did issue a citation to a woman based on her Facebook post. The only reason we were monitoring the group is because of the complaints of kennel cough. When we saw her post about visiting the dog park without buying a permit, it was our responsibility to respond,” she said.

Cain also said that the woman would have her day in court and could protest the ticket.

Users of the Facebook page were alarmed that county officials were using their page as a platform to hand out citations. One even called it a “Gestapo tactic.”

Not surprisingly, the citizen who received the ticket in the mail said she was “shocked and confused” when it arrived.

County officials were quick to claim they aren't trolling social media to find violators and just happened to accidentally come across this woman's posting when monitoring the Facebook page for the health concerns of pets.

In a post to The Will County News, Steve Balich, a Will County Forest Preserve Commissioner, said he spoke to Don Gould, President of the Forest Preserve, and Gould agreed that his police department should not be trolling social media looking for violators.

Recently the same county turned back rules that allowed the assessor's office to use aerial drones to search for violations of building and land use codes. In May an Executive Order by the Will County Executive dumped the rule after citizens complained of the invasion of privacy endemic by the use of the drones and other types of aerial photography as a means to hand out code violations.

These two issues – trolling social media and use of aerial drones to search for violators of county codes – are another marker of how authorities are using technology against citizens.