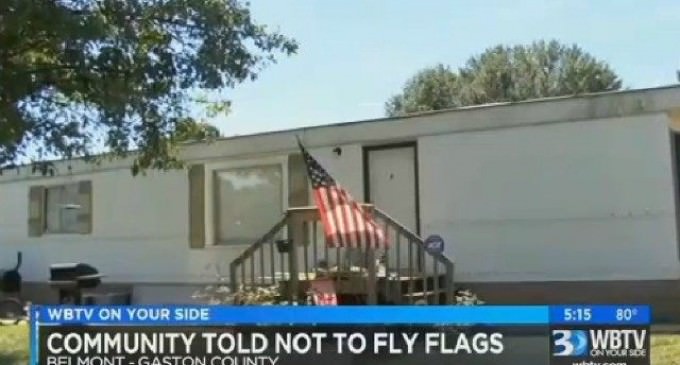 In this new era of sensitivity and offense-free living, America has reached the point where it's practically offensive to be American. The liberal media already considers it offensive to be white, but what happens when you loop an entire nation of people into one offensive category?

You get small people finally standing up for things that people in power won't. For example, Teresa Greene, a North Carolina woman, who has been fiercely defending her right to fly the American flag, may be expelled from the mobile home park where she lives for refusing to comply with the park's demand to remove it.

Read about her refusal on the next page.