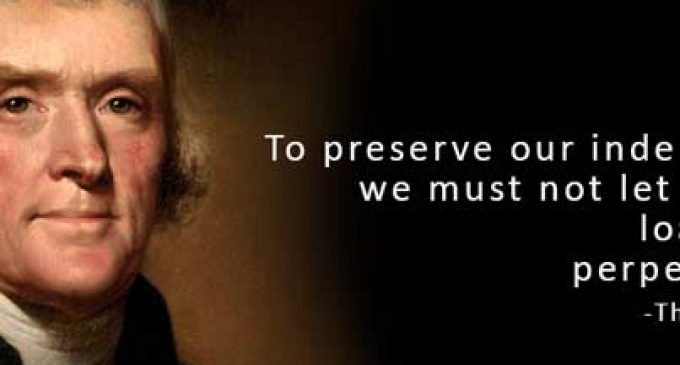 Although he led America when the nation was still in it's infancy, Thomas Jefferson understood the threat a large, overreaching federal government poses to individual liberty.

More than almost any other figure in America's history, Jefferson is responsible for spreading the idea of a limited federal government and individual freedom.

To preserve our independence, we must not let our rulers load us with perpetual debt. We must make our election between economy and liberty, or profusion and servitude. . .I place economy among the first and most important of republican virtues, and public debt as the greatest of the dangers to be feared.

3rd President of the United States of America