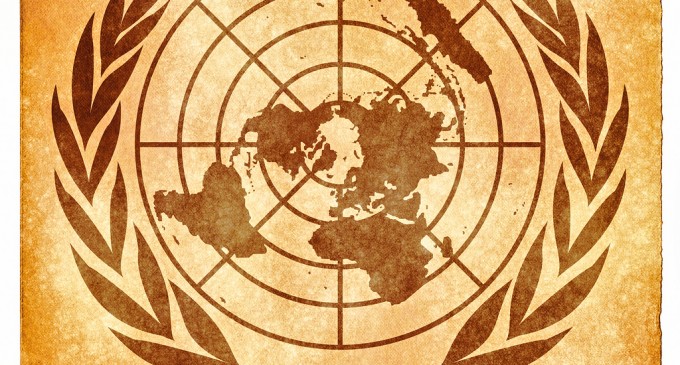 Last March, ICANN, the Los Angeles-based Internet Corporation for Assigned Names and Numbers, stated it would relinquish control over domain names and other aspects of Internet architecture in favor of a new “global governing” structure that would involve multiple “stakeholders.”

In 2012 Obama signed a UN treaty which effectively banned civilian ownership of firearms, which the UN has characterized as a threat to the “power monopoly” of the state, although we have yet to see actual enforcement of this treaty. So when you as an American wants to put up a pro-gun website and exercise your free speech, we can expect the UN to say “No”, and you will have no recourse but to comply.

Could the United Nations ban gun websites? That’s the fear being expressed by some second amendment advocates after the announcement that control over key aspects of the Internet would be transferred over to the “global community”.

Last week it was announced that the Los Angeles-based nonprofit the Internet Corporation for Assigned Names and Numbers, or ICANN, would relinquish control over domain names and other aspects of Internet architecture in favor of a new “global” governing structure that would involve multiple “stakeholders.”

The United Nations subsequently welcomed this “transition” of key aspects of the web over to the “global community” as a “major step towards the multilateral Internet governance that the UN has been advocating for many years.”

But could such a transition herald a new era of Internet censorship?

Acton makes the point that the United Nations considers many firearms legally owned by U.S. citizens to be “weapons of mass destruction”. The UN has vigorously campaigned against civilian ownership of “small arms” such as hand guns and pistols, blaming them for 90% of civilian casualties worldwide.

Although not put into action, the Obama administration signed a United Nations treaty in 2012 which effectively banned civilian ownership of firearms, which the UN has previously characterized as a threat to the “power monopoly” of the state.

“So under that global governance program, websites that promote ‘weapons of mass destruction’ like firearms, ammo – those domain names aren’t going to be renewed,” warns Acton, adding that gun-related domain names will be restricted after the transition.

Concerns that the United States’ relinquishing control over the Internet to the United Nations could lead to censorship have been expressed by several prominent individuals over the past two years.

In May 2012, Deputy Assistant Secretary of State Philip Verveer warned lawmakers that proposals to give the UN more control over the Internet could, “potentially lead to an era of unprecedented control over what people can say and do online.”

In February 2013, Robert McDowell, a member of the U.S. Federal Communications Commission, warned that the UN was slowly moving to seize control of the world wide web, characterizing adherents of such a move as “patient and persistent incrementalists who will never relent until their ends are achieved.”

Texas Republican Ted Poe went further, asserting, “The idea that the UN ought to be controlling the Internet to me is like putting the Taliban in charge of women’s rights.”