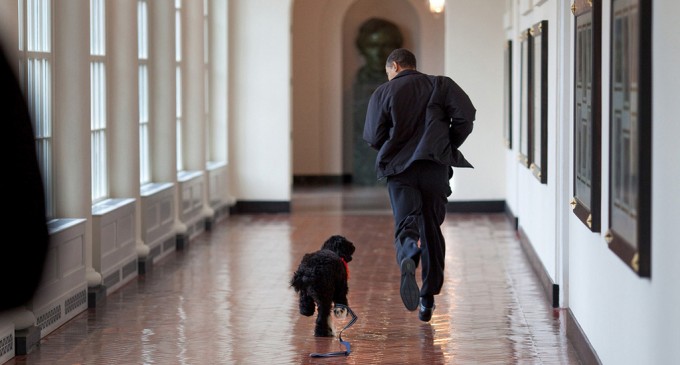 More homeowners are being evicted from federal land due to the shutdown.

When will Obama get a taste of his own medicine?

The evictions are reportedly made necessary by the theater-of-the-absurd “government shutdown.” The Obama family currently resides in the people’s house, aka the White House, which sits on Federal land. The White House has been closed to visitors, aka the people, since the sequester. In light of the 14th Amendment’s equal protection clause, should not the Obamas be evicted from the White House?

I would think those who are being evicted, as well as those businesses being forced to close, would have a good case under the 14th Amendment.