The Obama government will introduce laws to renovate one of the NSA's most hated programs, ending it's bulk domestic telephone metadata collection, the New York Times reports. But will the government actually follow through or is this another promise with a huge loophole? Recently the administration's tactics have been exposed implementing promised changes with built-in flaws and exceptions, as in the case of FBI investigations of the IRS targeting scandal that appear to have been stalled at an early stage for a year or longer.

The proposal would end the agency’s bulk collection program, a systematic dragnet that gathers the telephone records of millions of Americans each day. The Times’ anonymous sources said the records would, rather, stay in the possession of phone companies, which would be required to retain the information for a legally required period of 18 months. The NSA currently holds data for up to five years.

In addition, the legislation, should Congress approve, would allow the NSA to access specific records only through a newly established court order.

The new court order, crafted by Department of Justice and intelligence officials, would require phone companies to provide the US government records “in a technologically compatible data format, including making available, on a continuing basis, data about any new calls placed or received after the order is received,” the Times reported.

The revamped orders would also allow the government to look for related records for callers up to two “hops” away from the number that is being surveilled.

Section 215 allows the NSA to analyze associations between callers, if possible. The collection program was launched after the attacks of September 11, 2001 by the George W. Bush administration as a secret spying program that eventually received more solid legal footing from the FISA court in 2006. The Justice Department claimed that Section 215 could be interpreted as allowing the NSA to collect domestic call information that is “relevant” to an investigation.

The administration’s proposal would only pertain to telephony data and would not impact other forms of bulk collection under Section 215.

Marc Rotenberg, head of the Electronic Privacy Information Center, told the Times that the administration’s new proposal was a “sensible outcome, given that the 215 program likely exceeded current legal authority and has not proved to be effective.”

President Obama announced in January a desire to reform the NSA’s bulk collection of domestic phone data, though without significantly weakening the agency’s surveillance capabilities. Thus, critics of bulk collection are hesitant to celebrate the proposal just yet

Critics of the Intelligence Committee’s bill say it is a Trojan horse for the NSA to actually expand its surveillance scope.

The bill is “not a ‘fix’ of the phone dragnet at all, except insofar as NSA appears to be bidding to use it to do all the things they want to do with domestic dragnets but haven’t been able to do legally. Rather, it appears to be an attempt to outsource to telecoms some of the things the NSA hasn’t been able to do legally since 2009,” wrote independent journalist Marcy Wheeler. 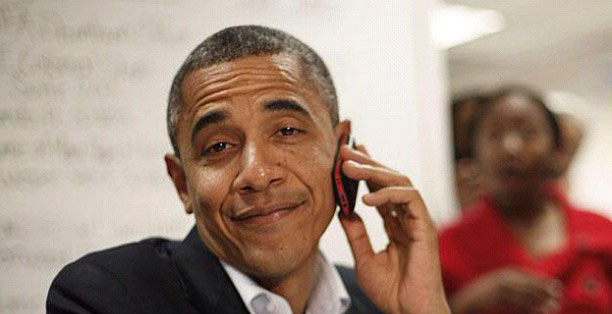