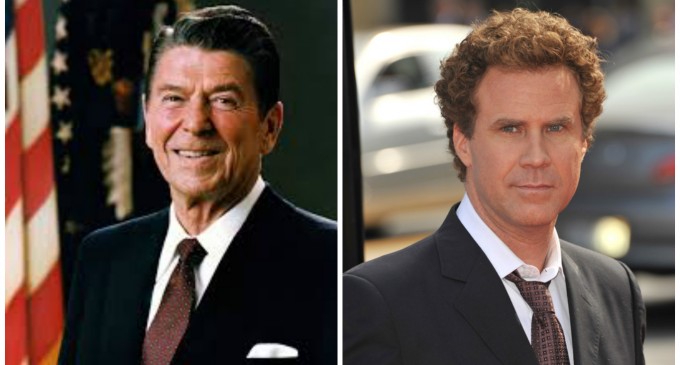 There is nothing funny about Alzheimer's, and yet someone in Hollywood pitched the idea that doing a Ronald Reagan movie, starring Will Ferrell, would be just what the entertainment world needed.  For those across the nation who have had a loved one succumb to Alzheimer's, the very idea of satirizing the disease is beyond the pale.

The film, labeled as a comedy, would have satirized the “tragic battle” that President Reagan faced with the disease.  It was to be based off the 2015 Black List script, which focuses a fictional story of Reagan winning re-election by a landslide and then soon after beginning the descent into dementia.  In the film, a Reagan aide must persuade the President that he is an actor, playing the President in a movie.

Will Ferrell, under the banner of Gary Sanchez Productions, was to film and produce the work.

However, there has been so much blowback from the announcement that Ferrell has backed off.

Read the letter that Patti Davis, Reagan's daughter wrote to Ferrell on the next page.