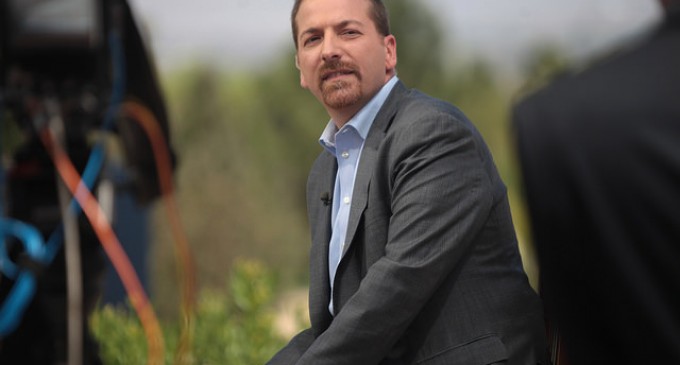 WikiLeaks’ first email dump in their “Hillary Leaks” series seems to be proving many things that we have long suspected.

First, they proved that the Democratic National Committee’s unfair treatment of Bernie Sanders was no accident. It was the result of a concerted effort to stop the socialist senator from clinching the nomination. Now, evidence that the DNC is giving direct orders to the mainstream press has come to light, as well.

Of course, it doesn’t take a genius to guess which network was doing the bidding of the Democrat party — it was MSNBC.

In an exchange between Debbie Wasserman Schultz and MSNBC’s Chuck Todd, the Democrat National Committee Chair seemed to order Todd to put an end to stories that claimed that her party was — get this — purposefully mistreating Sanders.

After the revelation, Todd was confronted about the exchange on Twitter. See the confrontation on the next page: