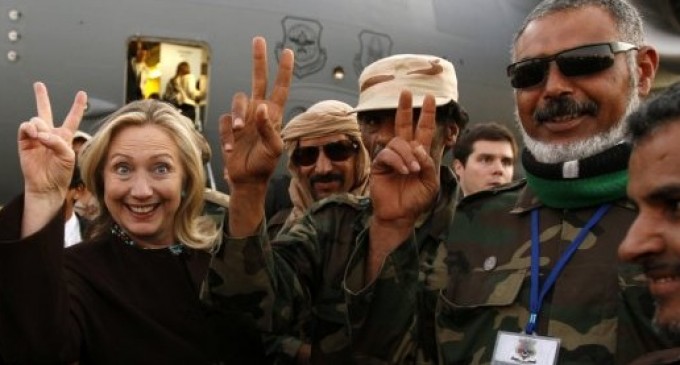 This week, Donald Trump accused Barack Obama of being the “founder of ISIS.” He elaborated in an interview with Hugh Hewitt, “[Obama] created the vacuum, he lost the peace.”

Of course, the mainstream media immediately jumped in to protect the president and attack Trump for suggesting that the president was at fault for the rise of the terrorist organization.

They were outraged about Trump's supposed exaggeration, but a new report suggests that Trump may not have gone far enough. According to Julian Assange, the Obama Administration did more than fail to keep the peace. They actively provided weapons to ISIS.

It may come as no surprise that Hillary Clinton is the central figure in this new controversy — as if she needed a new scandal weighing down her limping campaign.

The accusation is part of the email leak currently being released by WikiLeaks. See Assange make the shocking revelation in the transcript on the next page: