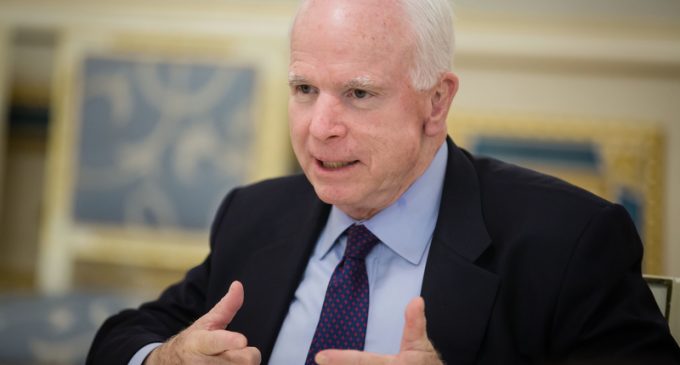 Senator McCain is a warmonger. In fact, you almost have to wonder if there is war that he doesn't love. He certainly makes enough bellicose comments regarding Russia as well as other nations on his list to give the impression that he believes the US is simply not involved in enough armed conflicts. He is not a conservative, but rather belongs to that infamous band of interventionists known as the neocons.

One would think that a man who experienced the horrors of the Vietnam War personally would be a bit more reluctant to encourage our participation in more wars. He is certainly no Thomas Jefferson who said, “I have seen enough of one war never to want to see another.” Perhaps McCain just wants more young Americans to have the opportunities to experience war has he did.

If he is not shooting off his mouth at Russia, claiming that their alleged interference in our election was an “act of war,” then he is attacking President Trump — recently going so far as to launch his attacks while in foreign nations. This man clearly is in the wrong political party. The question is whether he realizes that or not. More on page two.